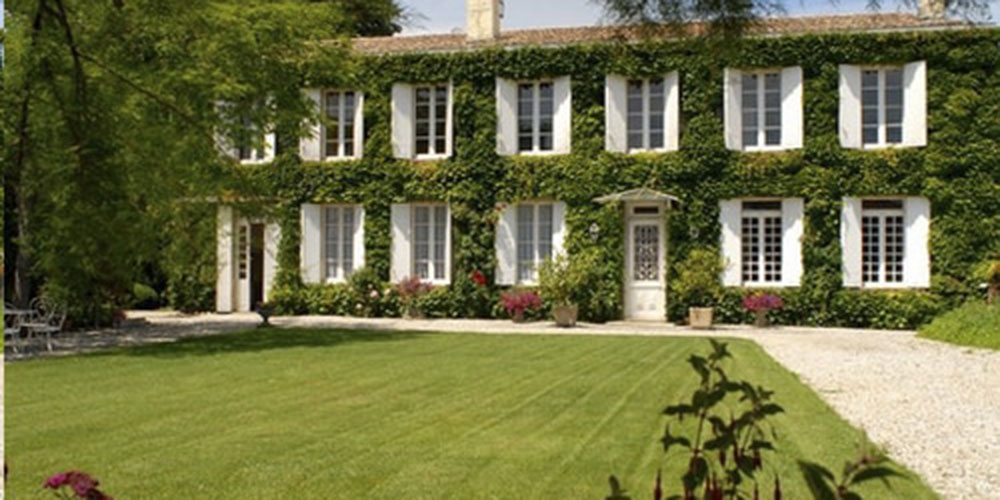 This morning I’m excited to offer a sharp price on perhaps the best ever wine from the brilliant Château Poujeaux in Moulis. As Jane Anson writes below, their magnificent 2009 is totally open for business and ready to go, and it’s tough to beat this for quality for under $50. Drink it now or drink it in a decade, either way a case of this is absolutely perfect to have on hand. Outrageously delicious, serious enough to be special, and not so expensive that you have to call the accountant before you open a bottle…

I would definitely recommend getting hold of this wine to drink now. It has a lovely signature Moulis-Médoc character of juicy black fruits and nicely worked tannins. It’s well balanced, with good freshness, and the beginnings of cigar box and leather. No need to wait to drink this.  92 pts., Jane Anson, Decanter, February 2019

The final blend of 50% Cabernet Sauvignon, 40% Merlot and the rest Cabernet Franc and Petit Verdot was cropped very low at 35 hectoliters per hectare. Deep purple, with a nose of subtle smoke, graphite, blueberry and black raspberry fruit as well as some spring flowers, in the mouth a touch of oak makes an appearance, but the wine is full-bodied, rich, inky and unctuously textured due to the high glycerin and alcohol that hits 14% plus. This beauty should drink well for up to two decades.

The finest wine I have tasted from Poujeaux over the last 33 years, the 2009 is the second vintage under the ownership of the Cuvelier family, who made the absolutely monumental 2009 Clos Fourtet. This large vineyard of over 100 acres has always had a relatively lofty reputation for the best wine of Moulis. The consultants on the 2009 were Nicolas Thienpont and Stephane Derenoncourt, and they have produced a blockbuster Poujeaux that certainly qualifies as one of the sleepers of the vintage it is a wine to seek out, as it is reasonably priced. 92 pts., Robert Parker, The Wine Advocate, December 2011

Château Poujeaux has long been a good value choice in Bordeaux. A winery with an esteemed history going back to the 1500s, but one that has always maintained sensible pricing. No matter what the quality of the wine, perhaps unfairly there’s always a limit to the you can ask for wines from Moulis, which you’ll find a little further west than the most hallowed appellations of Margaux, St Julien, Pauillac and St Estephe. Moulis is however, an exciting and remarkably consistent piece of terroir. The soil is a classic left bank mix of gravel and clay, with a little more limestone than much of the left bank. Almost every property that produces wine there under its own label is included in the ‘Cru Bourgeios’ classification of the best wines of the Haut-Medoc. Moulis is not only consistent, but the potential here is also higher than in most of the Haut-Medoc, and over the years I’ve had some truly brilliant wines from Poujeaux and Chasse Spleen, perhaps the crown jewels of the village.

There’s also a general perception, an accurate one to my mind, that Poujeaux made the best wines they ever have in 2009 and 2010.

I was thrilled therefore, to find a nice parcel of the 2009 at what I think is a compelling price this for the wine at ten years of age. Straight off the bat this was given 92 points and described by Robert Parker as the finest Poujeaux he had ever tasted. As I write this, I realise that in his retirement, using a note from Mr Parker has become unusual and perhaps bizarrely (given the power he wielded just a few years ago) almost ‘taboo’. We now live in a Post-Parker world, and for the most part I think we are for the better for it.  However, whatever I think were the dangers of the world believing that one man’s taste buds were the ultimate arbiter for wine, for me there is no doubt that he is the greatest tasting note writer the world has ever seen. When I read one of his, I feel like I can almost taste the wine. Although quite often I get the impression that I wouldn’t like it very much even if he does, I get a strong impression of what the wine is like.

Not surprisingly, the wine has mellowed a touch in the years since he wrote the below note when the wine was somewhat explosive. If Parker doesn’t float your boat, in recent years this has been given a 91 and a 92 from Neal Martin, a 90 from Lisa Perotti-Brown, 92 from Steve Tanzer, 93 from James Suckling