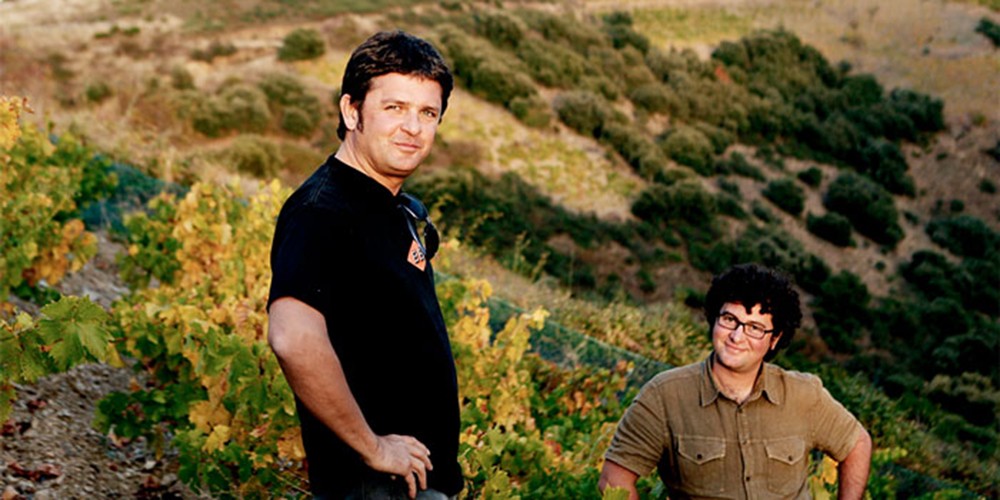 Every month we’re reminded that we are in the golden age of Spanish wine. In recent years the country has catapulted into the hearts of critics and every-day wine drinkers for their sensational value, ambition, and, of course, unique terroir. “Petalos” from Alvaro Palacios has been a standard for years now – offering personality and character that is unrivaled in the sub-$20 price range. We’re back with the 2017, and once again it’s a home run. Recently awarded 92 points by the Wine Advocate, we guarantee you won’t be disappointed by Mr. Palacios’s latest masterpiece.

“2017 was a very unusual year in Bierzo, and here they started harvesting the 21st of August, when they had never started harvesting in August. There are more white grapes in the 2017 Pétalos del Bierzo, almost 10%, not because they wanted to lower the alcohol, because the alcohol was similar to 2016, but because the white grapes achieved perfect ripeness (Ricardo Pérez Palacios told me he’s never seen such beautiful white grapes). The wine had been bottled the day before I tasted it, so they also showed me a tank and a barrel sample they had saved for the purpose of comparison. However, the bottled wine, the first produced at their new facilities, was really singing and didn’t show any fatigue. The palate was vibrant, with acid strawberry flavors. It is very immediate, approachable, round and juicy, perhaps not with the depth and longevity of the 2014 but really pleasant and drinkable.” 92 Points, Wine Advocate

More About the Wine

If you haven’t heard it before, here’s the story. During the late 1980’s, a guy named Alvaro Palacios travelled back to his native Spain selling French barriques to winemakers. But his journeys had a secretive second purpose: to find the best place to achieve his goal of making Spain’s greatest wine.

Mr. Palacios wisely decided on Priorat, where he would achieve worldwide fame with “L’Ermita” and “Finca Dofi.” But there had been a close contender: Bierzo. It had all the ingredients that Alvaro yearned for: incredibly steep hillside vineyards; distinctive terroirs; and, most importantly, ancient vineyards of Mencía—a unique red grape believed brought by French pilgrims during the Middle Ages. Meanwhile, his nephew Ricardo Perez had finished enological studies in Bordeaux and was travelling across France—absorbing everything he could about great wines. Flash forward to 2001, and Alvaro and Ricardo found promising sites in a number of villages but shortly came to believe that the greatest potential lay in a little town on Bierzo’s western border named Corullón. Old vineyards lined the precipitous hillsides there, and the local soils were extremely poor—composed mostly of schist—but with remarkable diversity. The variations in soils and exposures across this zone immediately reminded the two of Burgundy’s Côte d’Or, or Piedmont’s Langhe hills. They set to work.

Pétalos serves as a “introduction” to Mr. Palacios work. It also turns out to be one of Spain’s perennial best values. The wine is assembled from old hillside and hilltop vines from across Bierzo’s western edge. The 2017 features vivid notes of forest fruit and wild flowers–the tannins a touch riper and the aromatics more fulfilling than the beautiful 2016.