JUMP ALL OVER THESE

Virgile Lignier has been making waves in Morey for some time now. However, a scion of the noble Lignier clan that dominates the caves of Morey, he began making waves in the mid-2000s as a newcomer, with energy and passion to spare. Nearly two decades later he has come into his full powers and making the best wines of his career.

With a sumptuous, sometimes hedonistic style that he has learned to hem in with stems and a steady hand in the cellar, the wines today are some of the best in the appellation. Last year, Burghound gushed about the 2019s, and this year has added the 2020s to the roster: “Lignier has crafted some genuinely terrific wines in both 2020 and 2019,” while showering several wines with his trademark ♥ ratings. 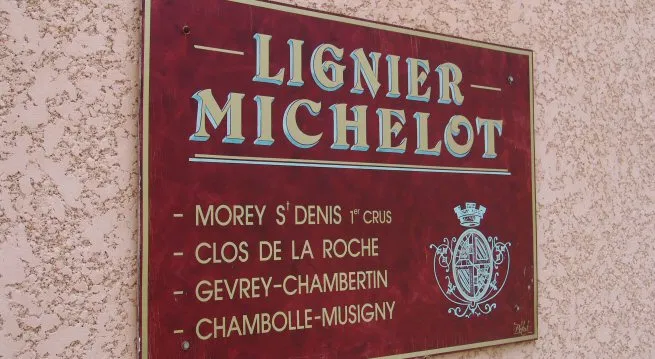 We’ve been beating the drum for this exceptional domaine for some time, but each vintage makes us only all the more convinced that clients are missing out on some of the most satisfying wines in Burgundy when they look past Lignier-Michelot. Look past if you will this year, as TINY amounts are available of the precious 2020s. Blink, and they’re gone.

From past offers: At this point I’d say Lignier-Michelot has reached cruising altitude. After the better part of a decade emerging on the scene, he seems to have found his voice – sexy, lush and yet honest wines that have an undeniable irresistibility. Prior to 2010, sometimes the wines could appear a little hard or brutish. Not so any more. Whatever coarseness was once present has become refined and polished, with a sweetness of fruit and opulence that remains scaled to appropriate size. Appropriate also is the critical gushing that has ensued.

“Virgile Lignier’s take on the 2015 vintage was that ‘just like the 2015 vintage, I would sign up for this quality every year if that was possible!’ … I agree with Lignier that his 2016s are indeed excellent and they are notably better than the average quality I found in 2016.” – Allen “Burghound” Meadows

“Virgile Lignier’s winemaking has really come into its own in recent years. We caught up at his tasting room in Morey-Saint-Denis … All in all, this was another sterling set of wines to follow the impressive 2015s and unlike many addresses, at least there should be enough wine to go round. … you do not need to broach the heady heights of a Grand Cru to be afforded the pleasure of Virgile Lignier’s winemaking skills. Check out his brilliant Morey-Saint-Denis Les Faconnières or the Les Chenevery snapping at its heels – as good as any Premier Cru in the appellation.” – Neal Martin

Simply put: you should buy these wines.

Lignier-Michelot is among a handful of young winemakers on the Côte who represent the best of “modern” Burgundy: wines that offer profound intensity of rich, sweet fruit, yet lose none of their grace, terroir or elegance. It might be what separates the New from the Old Guard. While I wouldn’t necessarily recommend drinking a great Village or 1er Cru and – heaven forfend! – a Grand Cru in extreme youth, many of these hot shots seem to pull off the trick with effortless grace. I am thinking here mostly of producers like Benjamin Leroux, David Croix, and Pavelot. Virgile Lignier of Lignier-Michelot fits neatly into this camp and his terroir matches the style well.

With vines mostly in Morey and Gevrey, and a skosh of Chambolle, his powerful, rich style marries very well with the savory hedonism and showy fruit of Gevrey and Morey, in particular. Our visit last Fall was nothing short of stunning: the crystalline, sugary quality of the fruit on all the wines was impressive. Equally impressive was the sense of place, the structural integrity, and energy of all the wines. From Bourgogne to Clos de la Roche, the range was indeed impressive.

Virgile is not reinventing the wheel here. He just follows the path that all quality producers follow: … a third generation grower, Virgile Lignier began overseeing the Domaine with his father in 1992 and took full control of the estate in 2000. With his ascension, all the produce was estate bottled and viticulture at the Domaine transitioned to full biodynamism. … After that lavish attention to the vines (most of which are 50-75 years old), it’s all downhill sledding: more and more whole cluster fermentation, depending on the vintage, natural fermentations after a 4-5 day cold soak, and elevage in 30-50% new oak.

I really cannot recommend these wines highly enough. I only wish I had more to sell than I do. After Harmand-Geoffroy, the most popular re-request from all of you has been Lignier-Michelot’s Bourgogne, and Morey-St.-Denis “En Rue de la Vergey.” I would jump all over these: the wines are deeply satisfying and are profoundly delicious.

SIGN UP FOR OUR DAILY FLASH EMAIL OFFERS HERE