Get it While You Can! First Growth Busting, Blind Tasting Winning, 2015 Hidden Superstar 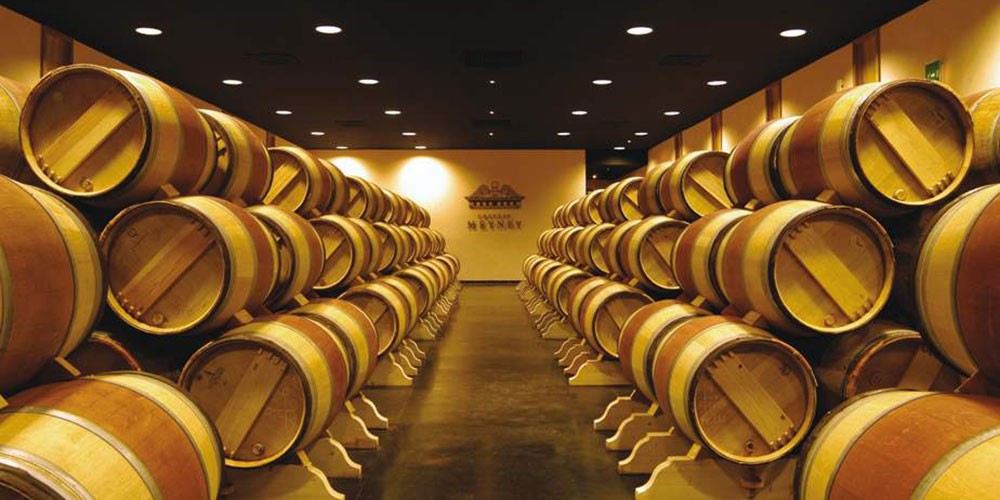 Each January back home in London, a group of the top tasters in the Bordeaux trade and press get together for a blind tasting of the most recent ‘in bottle’ vintage. The critic notes and scores are out for the 2015s, and I could not be more excited by the performance of one wine in particular. One that outscored not only all the other wines in its appellation, but all sorts of other superstars including Château Lafite and Château Latour. Wonderfully- a wine that is yours today for $38.

It’s a chateau that I’ve always been fond of- particularly so as my family still have a couple of token bottles of the 1982- the last case of wine that my claret loving grandfather bought.

When it came to the St Estèphe flight- which wine would come out top? Which would stand out as one of the wines of 2015? Would it be Cos d’Estournel? Montrose? Calon Segur?

Meyney didn’t just win the St Estèphe flight by aggregate voting, but the two most powerful critics present, Neal Martin and Jancis Robinson, both gave it higher scores than they gave Château Lafite. To put Jancis Robinson’s 18.5 score in context- she has given precisely 5 2015s half a point more- Petrus, Ausone, Margaux, La Mission Haut Brion, and Mouton Rothschild. This has the same score as Cheval Blanc, VCC, and Haut Brion, and higher than Lafite, Latour, Palmer, Montrose, either Pichon, Figeac… and pretty much anything else that you could name.

There’s not a lot that I can add to that, other than to say that I am thrilled that the wine is insane value, and that it is an absolute no brainer of a buy. With these scores it will not stick around. Buy it now and buy it in volume.

“The fantastic 2015 Meyney shocked every attendee by its quality and won the flight. I had noted its potential just after bottling, describing it as a finely crafted wine, but I never predicted this show-stopping performance. It is a reminder of the importance of tasting wines in bottle. Some just need age to unlock their quality, which is bad timing if you are seeking to impress en primeur, but good timing if you want your wine to show best for consumers rather than critics. Chapeau, technical director Anne La Nour.

The 2015 Meyney was the shock of this blind tasting – in a positive sense. It blew everyone’s expectations including mine. It has very impressive intensity on the nose, more than its peers, with blackberry, raspberry, sage and just a touch of dried blood. This is quite complex and very engaging. The palate is very well defined with fine acidity, razor-sharp tannin and plenty of mineralité toward the persistent finish. I thought it might be Montrose but it turned out to be Meyney. Chapeau! Tasted blind at the Southwold 2015 Bordeaux tasting.” 94 pts., Neal Martin, The Wine Advocate