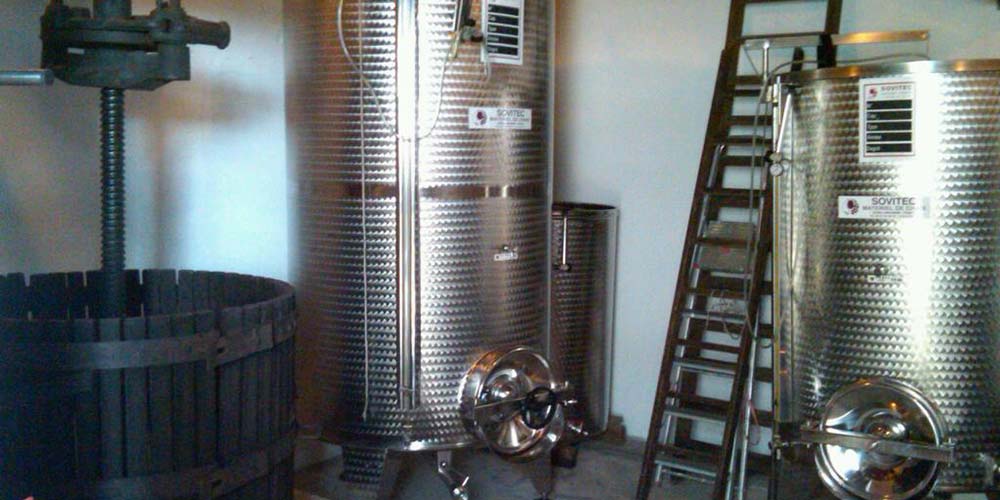 Time for the annual release of Clos Saint Andre, as ever a small quantity of a big favourite!

We’ve been following this miniscule (we’re talking 0.6 hectares) family run Pomerol for a few years now and we haven’t had a disappointed customer yet. Consistently outrageously delicious and oozing heart and soul, it is one of my favourite wines in the world. Of course, 2016 is an astonishingly good vintage and this is not a vintage to miss. As usual we’ve bought as much as we could, which as usual is a small quantity, and yet still not a negligible percentage of the entire production of the ‘estate’.

It is in fact going overboard to even call this ‘family’ run. The reality is that this is one man’s passion- one man that considers himself more a gardener rather than a winemaker. If you ask Jean-Claude Desmarty what percentage new oak he uses, he’ll tell you by pointing to the two old barrels and six new ones…

As usual this is a lovely representation of the vintage, with small scale winemaking harnessing natural power yet with a restrained hand. Classic Pomerol notes of chocolate, earth, and dark plum fruit abound. This is actually pretty delicious right now, but past experience tells me it will likely go a bit sleepy in a year or two, to re-emerge in four or five.

Truly, for me this is one of the world’s most exciting wineries anywhere. Not just because it’s brilliant, but because it is the impossible. An ‘undiscovered’, absolutely miniscule, 0.6 hectare (about the size of one football field) vineyard, sitting in what is the greatest Merlot terroir in the entire world.

More about the Wine:

I’ve been saying it for a few years, but I still feel that Clos Saint André’s hidden gem status is likely on the way towards changing, particularly since Neal Martin surprised everyone by included it in his book on Pomerol’s greatest estates. Martin’s profile began: “Clos Saint Who? Don’t worry my friend, I had never heard of this incognito, postage stamp Pomerol until I started stubbing my toe on the area’s less familiar names”. Eric Asimov also highlighted it in the New York Times as a small Pomerol worth seeking out.

A little less high profile but fun, I found this rather nice video of Andreas Larsson, winner of the ‘World’s Best Sommelier’ competition, blind tasting the 2012 vintage. Watch the video for more, but suffice to say that the last two words he speaks are ‘bloody good’.

Despite all this, the critics are way behind on this one, and I really don’t think that anyone has yet realized quite what impressive things are being done here. A small handful of consumers have written extremely positive reviews on cellartracker for previous vintages. To my mind they have been getting better and better as Jean-Claude gets more and more experience, and the 2016 is superb.

Desmarty’s great grandmother Alice planted the vineyard in 1923, but the grapes were essentially contracted out, so the vines were tended by other vignerons who would then incorporate them into their own wines. This changed when the young and ambitious Jean-Claude took over in the 2004 vintage, deciding he wanted to try making his own wine, and making it as well as it possibly could be. Many of the original vines are still going at nearly a century old, and the average age is a healthy 60 years.

Today, Jean-Claude describes himself as a gardener first and foremost, which makes perfect sense when you look at the vineyard. It immediately abuts the back of his house, and I have no doubt that many people reading this e-mail will have bigger backyards than the entire Clos. The barrel cellar makes even better viewing, genuinely the size of a large shed. Jean-Claude does everything himself and by hand, using outside help only from a small group of family and friends on harvest day, which only takes a few hours.

This is wine being made on a tiny scale, with all the love and care that befits a man looking after not just vines, but his ancestral back garden. And, yet, he is making world-class wine.