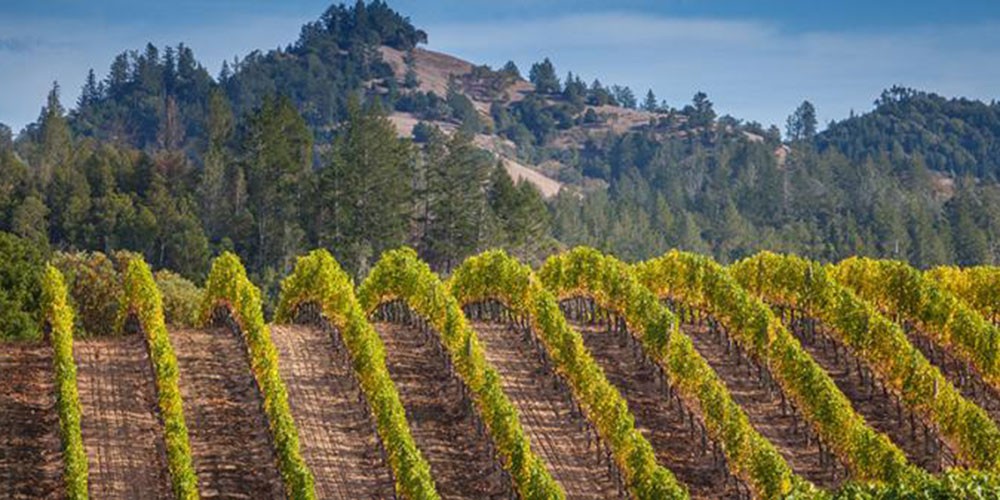 British entrepreneur Peter Michael turned 81 last year, but that hasn’t stopped his legendary estate from sitting on top of every California collector’s wish list. Today we are offering a hyper-rare assortment of gems from this storied domain. It’s not an exaggeration to say that Sir (he was knighted by the Queen) Michael’s bottles are the vinous equivalent to a Rolls Royce–magnificently luxurious and impeccable made–and only a lucky few have the rare opportunity to experience them.

Despite the tiny allocations and huge following, this is isn’t an estate that is resting on their laurels, either. A critics favorite year in and year out, you’ll see that these releases are capturing perfect to nearly perfect scores. Don’t miss one of California’s true grand jewels!

“Extremely perfumed with iron, clay and currant character. Copper pennies and hints of steak. Then this turns to flowers, iodine and oyster shells. Full body that’s juicy and defined by hefty blackcurrant flavors and real meatiness. Dark-chocolate and orange-peel undertones. Extremely long and flavorful. About three-fourths cabernet sauvignon with the rest being cabernet franc. Excellent follow-up to the 2013.” 99 Points, James Suckling

“One of the many highlights in this range, the 2014 Cabernet Sauvignon Au Paradis is simply fabulous. Mocha, smoke, espresso, chocolate and racy new oak wrap around a plush core of dark fruit in a Cabernet of arresting beauty and total allure. The 2014 has an explosive energy that balances some of its more flamboyant leanings to great effect. This is a stellar showing from Peter Michael.” 96 Points, Antonio Galloni

“The smaller production 2015 Au Paradis is a more Cabernet Sauvignon-dominated cuvée that checks in as 76% Cabernet Sauvignon and 24% Cabernet Franc. Aged in 18 months in 50% new oak, it has a more masculine, mineral-laced style offering red and black currants, crushed rocks, chocolate, and spice. Deep, rich, concentrated, and in need of 4-6 years of cellaring, this Château Latour-lookalike is an awesome, classic Napa Cabernet Sauvignon!” 99+ Points, Jeb Dunnuck

“The 2015 Les Pavots checks in as 60% Cabernet Sauvignon, 18% Cabernet Franc, 15% Merlot and the balance Petit Verdot. It offers a huge nose of blackcurrants, blackberry, scorched earth, graphite, and cedarwood. Deep, rich, supple, and sexy, with a seamless, incredibly elegant texture, it builds with time in the glass and is a monumental Cabernet Sauvignon blend from Sonoma.” 98+ Points, Jeb Dunnuck

“Blackberries, blueberries, raspberry kir, sweet tobacco and black truffle. Full bodied with chewy tannins and superb texture and length. Extremely poised and powerful. Finishes with so much fresh leather and blueberries. Goes on for minutes. Try after 2023.” 99 Points, James Suckling

“A solid step up, the 2016 Les Pavots comes from vines planted in 1989 and is a mix of two separate sites in Knights Valley. This straight-up phenomenal Cabernet offers a powerful nose of ripe black fruits, tobacco leaf, chocolate, and spring flowers, and it has a Margaux-like complexity and elegance. Full-bodied on the palate, it has a multi-dimensional, seamless texture, building tannins, and a great, great finish. It’s a baby of a wine that needs 4-5 years of bottle age, but it will probably merit a triple-digit score in 7-8 years and keep for three decades.” 98+ Points, Jeb Dunnuck

“A barrel sample (Rued clone and Old Wente), the 2017 Chardonnay Belle Cote has a simply gorgeous perfume of honeysuckle, spiced peaches, lychees and roses with touches of lime blossoms, mandarin peel and beeswax plus a hint of croissant. The palate is medium to full-bodied, rich, bold and seductive in the mouth with many aromatic layers and an epically long, vibrant finish. 2,320 cases are expected to be produced, to be released in February 2019.” 95-97 Points, Wine Advocate

“A barrel sample (mainly from the Hyde clone), the 2017 Chardonnay la Carriere has a drop-dead gorgeous nose of dried apricots, warm pineapple, guava and pear tart with hints of candied ginger, honeycomb and orange blossoms. The palate is medium to full-bodied, rich and creamy with great freshness and some mineral accents coming through on the long finish. 2,560 cases are expected to be produced, to be released in February 2019.” 94-96 Points, Wine Advocate