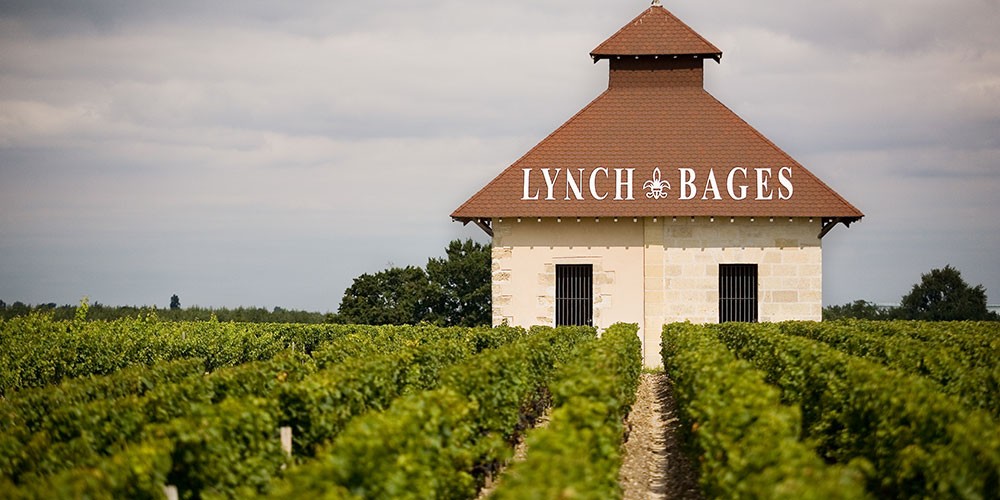 Lynch Bages is a name that makes me go weak at the knees, and I am far from alone. Perhaps the most memorable, and certainly the most personally impactful bottle I’ve ever drunk was their 1985- tasted just as I was getting into wine. It really crystalised the idea that this stuff was more than just something to drink, and I was absolutely blown away.

I’ve heard all sorts of other stories like this and it’s no surprise, as this is a château capable of making wine that’s about as good as wine gets. Importantly, while it’s certainly more expensive than it was in the 80s, it’s also still a fifth of the price of a first growth, and I genuinely believe that at it’s best, as here, it competes with them for quality. As a result, generations have fallen in love with the chateau, and I don’t see that changing in the future. One of the few family owned and run major classified growths; Lynch Bages epitomizes the regal brilliance of Pauillac.

Talking of as good as it gets, by now most of you reading this will know that 2016, with its ridiculous combination of intensity and elegance, is the Bordeaux vintage. So, shock horror, Lynch Bages 2016 is staggeringly good. I think I’ve included more tasting notes here than I ever have for a single wine, as I wanted to get across the unanimous nature of the praise here- if you compare these notes and scores to any other vintage, it seems that there is little debate that this is the most highly rated Lynch Bages ever made. This is a legend in the making, and no great Bordeaux collection will be complete without it.

We were only able to secure a small parcel of cases at this price. Do. Not. Miss. It.

The 2016 Lynch Bages is a blend of 75% Cabernet Sauvignon, 19% Merlot, 4% Cabernet Franc, 2% Petit Verdot with 13.7% alcohol and an IPT of 95, the highest ever for this property and probably one of the highest on the Left Bank this vintage. It was picked between from 27-30 September for the young vines, then the picking team stopped, restarting on 3 October with the Merlot and the Cabernets finished on 12 October. This vintage is matured in 75% new oak. It has a very concentrated, almost opaque bouquet that required some coaxing from the glass, developing floral and crushed limestone scents with time: disarmingly fresh and with stunning vivacity. The palate is concentrated and tannic, although they are not obtrusive and appear neatly embroidered into the multi-layered black fruit. This is a classic Lynch Bages with ambition and recalls vintages like 1990, a Lynch Bages built for long-term ageing. That arching backbone is counterbalanced by the keen line of acidity and a freshness that knows no bounds. There is ethereal delineation and tension on the finish, but I would give this at least ten years in bottle to enjoy this audacious Lynch Bages at its peak. Maybe the biggest surprise of the vintage, this has all the makings of a sensational wine. 97-99 pts., Neal Martin, The Wine Advocate, April 2017

Deep garnet-purple colored, the 2016 Lynch Bages comes charging out of the gate with pronounced cassis, chocolate-covered cherries, mulberries and menthol notions, backed up by scents of garrigue, tilled soil and a waft of tapenade. Medium to full-bodied, rich and fantastically concentrated, the generous fruit is superbly framed by firm, ripe, grainy tannins with tons of pepper, cinnamon and cloves layers coming through on the finish. Truly, a legendary Lynch Bages! 97+ pts., Lisa Perotti-Brown MW, The Wine Advocate

The 2016 Lynch-Bages delivers on its promise from barrel with an intense blackberry, cedar and mineral-driven bouquet that actually reminds me of Lafite-Rothschild. A faint dark chocolate scent makes a brief appearance. The palate is medium-bodied with succulent ripe tannin, pure black fruit and a velvety texture. There is wonderful structure and focus on the finish, followed by a persistent saline aftertaste. This is an outstanding Lynch-Bages, easily the best since the twin titans of 1989 and 1990. 97-99 pts., Neal Martin, Vinous

A stellar wine, the 2016 Lynch-Bages is dark and explosive in the glass. Beams of tannin and bright acids give the 2016 its sense of drive and tension. From bottle, the 2016 is quite a bit more powerful than it was from barrel. Dark flavors and potent tannins give the 2016 a distinctly brooding, somber feel. Sage, lavender, menthol, licorice and wild cherry are all laced into the potent, dramatically sweeping finish. Readers should not be in a rush, as the 2016 is going to need a number of years to be at its best. Even so, it is super-impressive today. 96 pts., Antonio Galloni, Vinous

This is built for the cellar, with a generous core of kirsch, raspberry paste and plum preserve flavors waiting to unfurl. Will take time, due to the licorice snap, roasted apple wood and sweet tobacco elements draped over the fruit. Should meld with age, as the structure is invigorating in feel, showing both acidity and tannins in lockstep with the fruit. Best from 2025 through 2040. 97 pts., James Molesworth, Wine Spectator

Very rich and exotic with blackberry, black-tea, graphite and lead-pencil aromas. Full-bodied, dense and structured with lots of ripe tannins and a long, flavorful finish of currants and forest floor, combined with fresh mushrooms and bark. Needs four to five years to show its true potential. Try after 2024.
97 pts., James Suckling